Transhumance is defined as the migration of flocks and herds led by shepherds. They move, looking for favorable conditions and following the natural succession of seasons, from hilly or mountain pastures to the plains.

On 11 December, the UNESCO World Heritage Committee, meeting for the occasion in Bogotà, proclaimed Transhumance an intangible cultural heritage of humanity.

Transhumance and reasons for recognition

The candidacy dossier, presented to UNESCO by Italy together with Greece and Austria, gives the main reasons for this decision.
“Transhumant herders have in-depth knowledge of the environment, ecological balance and climate change, as this is one of the most sustainable, efficient livestock farming methods. Therefore, it must be given the utmost attention and all the necessary support, to fully recover its meaning and importance.”
Furthermore, “transhumance expresses a significant cultural value, with a strong identity content, which has been able over the centuries to create strong social and cultural ties between practitioners and the inhabited centers they pass through, as well as representing a sustainable economic activity characterized by a peculiar relationship between man and nature, with its symbolic charge influencing all fields of art. ”

At Artnuances Gallery we already include among our works an important reference to Transhumance.
In fact,  in our Art Gallery (www.artnuances.eu) we present Enrico Franchi, a talented artist-sculptor-jeweler, born into art. His father, Fausto Maria Franchi, in turn an internationally renowned artist, has transmitted to his son not only undeniable artistic skills. He also transmitted the sensitivity to approach such a particular and unusual topic, reworking it in his creations. Through their experience, they both deliver works of art of undisputed value to the public, enriched by deep cultural meanings.

Enrico Franchi and his “Transhumance”

Well before the recognition of UNESCO was conferred, Enrico Franchi had already dedicated some works to the theme of transhumance.
His creations depict animals, but convey much more than the simple, albeit laborious, transfer across plains and alpine pastures. The artist has constructed a parallel between animal transhumance and the path that humanity takes daily through time and space. In fact, Enrico Franchi has sought to emphasize how humanity also has weak subjects within itself, to be supported and encouraged and not abandoned along the common journey. Among his works there appear animals with strange shapes, indicating that part of humanity which not by choice but by destiny must face an even more laborious transhumance. They are the weakest links, those that without support would be destined for an implacable fate of suffering. The artist’s message is one of inclusion. No one must be left behind, no one can be abandoned, on the path that sees us all protagonists. 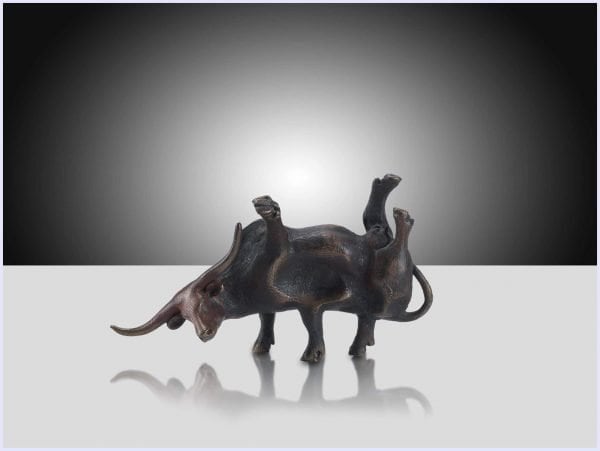 Art and its interpretation

Anything in our world that concerns the past, the present or the future is always a vision reflected by those who transmit a datum, a concept, a historical event or whatever. In any sort of communication we inevitably add our own personal vision of things. The gaze of an artist from this point of view is even more profound.
The vision of “deformity” is cleansed of its element of “against nature”.
There is nothing in nature that is against nature itself.

The concept of diversity

The fundamental concept is diversity and not deformity understood as weakness. If, as we claim, we strive to be united with the environment and nature, we must finally understand that if nature has created something different from the “norm” as we understand it, perhaps Nature is right. And we can and must learn to live with any form.
It is not a question of whether or not to abandon someone or during the journey, but simply accepting that the people exist and that thy are in perfect symbiosis with the nature that generated them. It is quite likely, therefore, that not only the concept of symbiosis with nature, but also the synchrony with the rhythms of nature that accompanies the phenomenon of transhumance should be the basis of a common journey.
The artist has given his interpretation of transhumance by linking it to the concept of transformation, but each of us observing his work will inevitably give it their own personal interpretation. 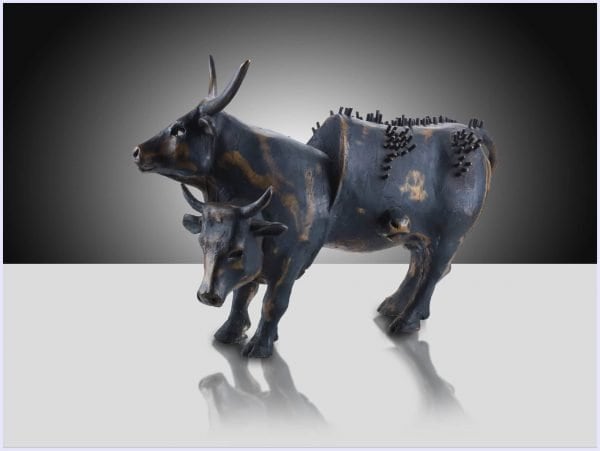 We hope that the UNESCO recognition will bring visibility back to the cultural, historical, archaeological, artistic and literary value of the phenomenon of transhumance. This, also in view of the current development. Although it may seem an ancient concept and, perhaps, outdated, transhumance is still a reality in the Alpine area, but especially in Central and Southern Italy. Here we find the five Regi tratturi (ancient trails) the wide natural grassy paths created by the passage of the flocks and the herds, which have left a furrow not only in the earth but also in the history of our country.

How to find Enrico Franchi’s works

We are glad that the general interest is returning to talk about such seemingly forgotten topics, and we invite you to our gallery to admire the works of Enrico Franchi. Transhumance, metamorphosis, transformation are just a few of the concepts you will find in his creations.