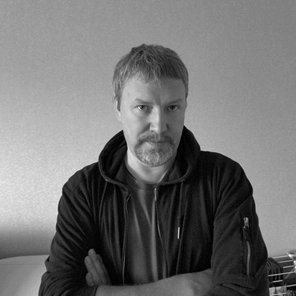 Yury Pervushin is a genius of the white (acrylic on large size canvas), in which the study and the representation of the detail, with which he is fascinated at the moment, are prevailing over everything else. Virtually It is as using different macro images, progressively repeating the same subject till to bring the main traits to disappear, to work later on the details. At the end these are reassembling again, with different nuances of colour, till to rebuild an abstract image of a great fascination, belonging to an oneiric and rarefied world. You can see this in the series of sunflowers and breakwaters.