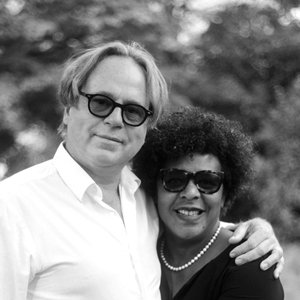 Frédéric Durieu and Nathalie Erin are a couple of artists living in the Cévennes. They have developed a unique and original technique to create works. Plus, most of their paintings come to life with augmented reality. To do this, simply download the free Artivive app to your phone.
The work of Frédéric Durieu and Nathalie Erin astonishes those who discover it and delight those who know it, as much by the diversity, the originality but especially by their unique and singular technique as well as by their poetry. Each painting tells a story or deals with a subject that is close to their hearts: Nature, Femininity, Humanity, humor…
Each painting has a reason for being and for existing. They each conceal several levels of vision, from close to far, within, of hidden treasures, of personal interpretations. Recently, they have been using augmented reality to help us discover their works in a different way. An avant-garde vision! Their works also come in the form of installations, giant frescoes or sets for live shows.
Frédéric Durieu, polytechnician and artist, born in Belgium (Brussels) has been using algorithmic poetry to create works of art for nearly 30 years. A pioneer in this field, he has exhibited his works in major museums such as the Center Pompidou and the Palais de Tokyo. He has also produced interactive works for Nike, IBM, creates sets for the Opera, to name a few. One of his latest works has just been installed at the Futuroscope in Poitiers.
Nathalie Erin, artist, musician and singer, born in Martinique (Fort-de-France) has a great sensitivity of the world around her. She discovered and learned digital art from Frédéric Durieu. Today, they form a real pair and create their works with 4 hands. 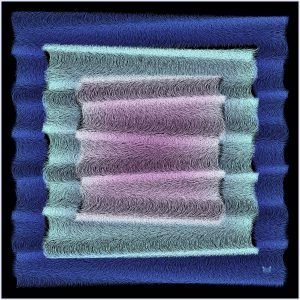 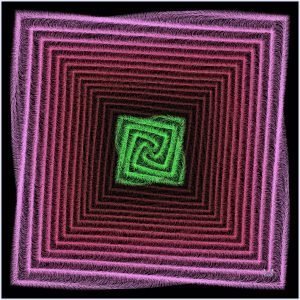 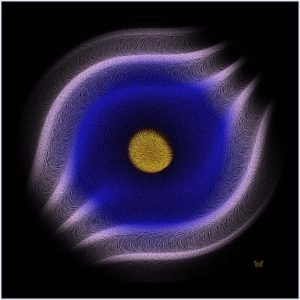 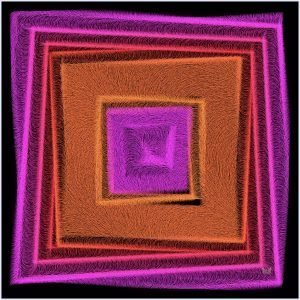 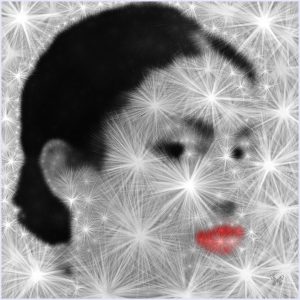 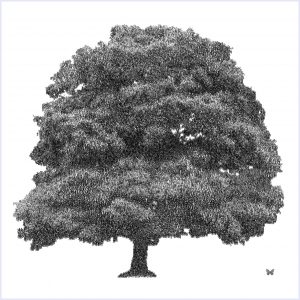 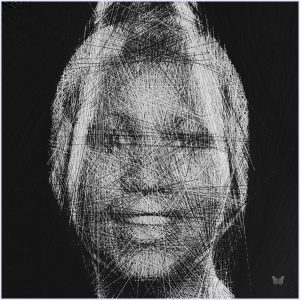 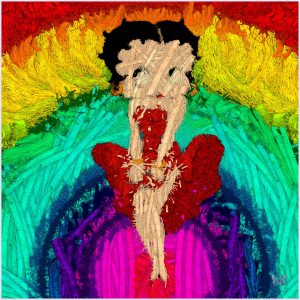 Betty Boop Out Of Woods 1 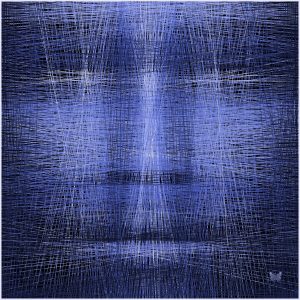 Blue black out of lines 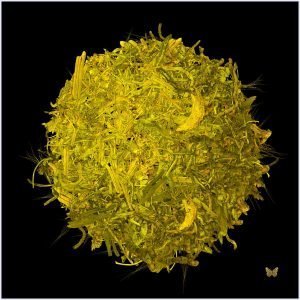